An Elephant In The Garden

Following its 2020 Pittsburgh, Pennsylvania performances and successful U.K. Tours from 2014-2019 – including runs at Bristol Old Vic and Sam Wanamaker Playhouse at Shakespeare’s Globe – Poonamallee Productions brings their critically acclaimed production of Michael Morpurgo’s An Elephant in the Garden to the digital stage for the very first time in collaboration with the Barn Theatre.

Dresden, Germany, 1945. Elizabeth’s mother works at the zoo, where her favourite animal is a young elephant named Marlene. The zoo director tells her that the dangerous animals – including the elephants – must be shot before the city is bombed. But then the bombs start to fall. Their home destroyed, they flee the city, avoiding the Russian troops approaching from the East, and the advancing Allied forces from the West. As refugees in war-torn Europe, their escape is hard enough, but with an elephant in tow … Morpurgo’s vivid, moving story resonates with the plight of refugees and displaced people fleeing wars around the world today.

Michael Morpurgo is the multi-award winning author of well over 100 books including War Horse, Private Peaceful and Kensuke’s Kingdom.

An Elephant in the Garden is the new adaptation by Simon Reade from Michael Morpurgo’s bestselling children’s novel following their previous collaborations on Michael’s war stories Toro! Toro!, The Mozart Question and the critically acclaimed phenomenon Private Peaceful on stage and screen. Poonamallee Productions is an independent theatre and film production company and has also worked in association with The Faction on Strindberg’s Apartment; with Dorchester Arts on the tour of the new play about Thomas Hardy, A Pure Woman; and co-produced Philip Pullman’s The Scarecrow & His Servant at Southwark Playhouse. For screen it has worked in association with Fluidity Films on the Filter Theatre feature What You Will and the feature film of Private Peaceful.

Alison Reid has worked extensively as an actress at the RSC, for Filter Theatre, at Bristol Old Vic, and at the National Theatre where she premiered Michael’s JoJo The Melon Donkey. Her television work includes BAFTA award-winning Three Girls, and Five Daughters. Films include The Heart of Me and What You Will. 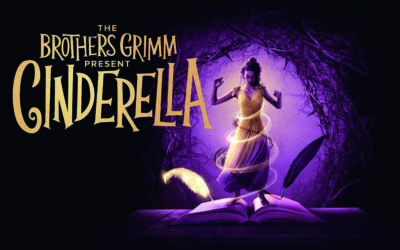 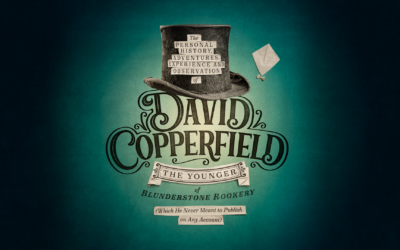 Capturing these moments is always so special. Zö

Now that things are opening up once more (hoorah!)

We are in total agreement with Zöe, that there’

Will we see you for pre-curtain time drinks at Té

Now, there are some props out there that are just

Tonight's the night! An Elephant in the Garden of