The Barn Theatre in Cirencester and the Arcola Theatre in London have today announced that they will be teaming up to co-produce the world premiere of Cat Goscovitch’s new play, A Russian Doll.

The play, which is based on a true story, follows twenty-something Masha as she becomes embroiled in the world of data and deceit as a member of Russia’s disinformation campaigns during the EU referendum.

A Russian Doll, which will be directed by Nicolas Kent (All The President’s Men?, Another World), will run in Cirencester from 18 May – 13 June 2021, with press night on 20 May at 7pm. Following the run in the Cotswolds, the production will run at the Arcola Theatre in London.

The world premiere will feature design by Liz Da Costa, lighting by Sam Rowcliffe-Tanner, sound and composition by Harry Smith and AV design by Benjamin Collins. 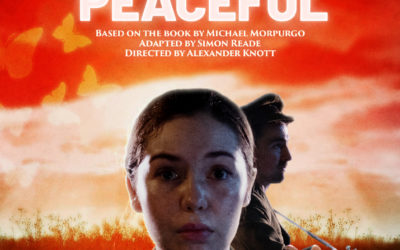 Check out these photos of our star Rachel Redford

Today is your FINAL CHANCE to watch Now Or Never!

It's Now Or Never - you only have this weekend to

How does a click become a vote? Do you know who yo

We're so excited to be a partner venue for @bristo

Having a day in? Treat yourself to an “ambitious